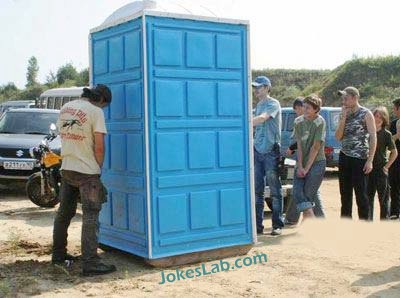 Four guys went golfing; one went in the clubhouse to pay while the others waited at the first tee.

One of the guys says, “I’m so proud of my son. He is a stock broker and he’s made enough that he just gave away a huge portfolio.”

The next guy said, “I’m so proud of my son. He’s a car dealer and he’s doing so well, he just gave away a Ferrari.”

The third guy says, “I’m so proud of my son. He’s got enough money that he just gave away a million-dollar home.”

Just as the third guy finishes talking, the fourth guy joins them and asks, “What are you guys talking about?’

“Just about how good our sons are doing,” the three men replied.

“Well, my son is doing very well,” says the fourth man, “He’s a male stripper and just last week he got a huge portfolio, a Ferrari and a million-dollar home.”