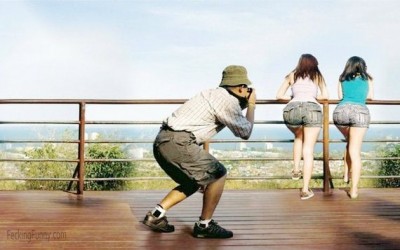 The manager of a megastore came to check on his new salesman.

“How many customers did you serve today?” the manager asked.

Flabbergasted, the manager asked him to explain.

“First I sold a man a fishhook,” the salesman said. ”Then I sold him a rod and a reel. Then i asked where he was planning to fish, and he said down by the coast. So I suggested he’d need a boat — he bought that 20-foot runabout. When he said his Volkswagen might not be able to pull it, I took him to the automotive department and sold him a big SUV.”

The amazed boss asked, “You sold all that to a guy who came in for a fishhook?”

“No,” the new salesman replied. “He actually came in for a bottle of aspirin for his wife’s migraine. I told him, ‘Your weekend’s shot. You should probably go fishing.’”