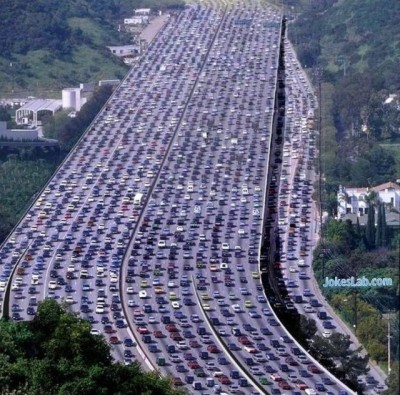 A police officer pulled over a driver and informed him that, because he was wearing his seat belt, he had just won $5,000 in a safety competition.

”What are you going to do with the prize money?” the officer asked.

The man responded, ”I guess I’ll go to driving school and get my license.”

At that moment, his wife, who was seated next to him, chimed in, ”Officer, don’t listen to him. He’s a smart aleck when he’s drunk.”

This woke up the guy in the back seat, who, when he saw the cop, blurted out, ”I knew we wouldn’t get far in this stolen car.”

At that moment, there was a knock from the trunk and a voice asked ”Are we over the border yet?”