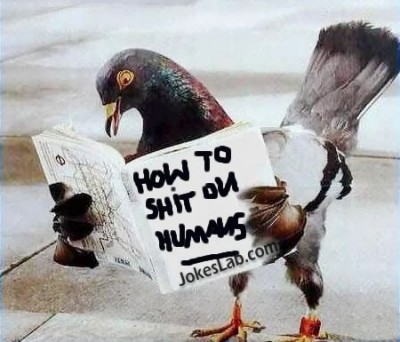 A policeman directing traffic at a busy city intersection one afternoon observed a blind man with his seeing-eye dog waiting to cross the street.

All of a sudden, the policeman was aghast at the sight of the seeing-eye dog bolting out into the street in front of heavy traffic at one of the busiest intersections in the whole city, dragging the blind man along with the dog’s leash in the blind man’s hands while cars were trying to stop,screeching their brakes and swerving to avoid a fatal accident.

The policeman was absolutely horrified, but could do nothing to assist. To the immediate relief of the horrified police officer, the blind man and his dog somehow made it across the street without suffering any harm to themselves whatsoever.It was a miracle!

The police officer, still in shock, observed the blind man, upon reaching the corner sidewalk after having nearly been killed crossing the street, reach into his pocket and pull out a cookie and offer it to his seeing-eye dog.

The officer ran to the blind man and said to him in a loud distraught tone, “Don’t you realize that you could have been killed by your dog dragging you out into a busy street in front of heavy traffic like that? And NOW you’re going to reward him?”

The blind man hesitated a moment, then he said to the policeman, “Why, no sir! I’m just trying to find out where his head is so I can kick his ass!”