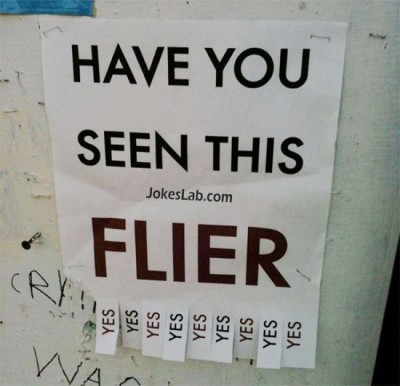 The Italian opened his lunch box and exclaimed, “Pasta again! If I get pasta one more time, I’m going to jump off too.”

The redneck opened his lunch and said, “Bologna again. If I get a bologna sandwich one more time, I’m jumping too.”

At the funeral, the Irishman’s wife is weeping. She says, “If I’d known how really tired he was of corned beef and cabbage, I never would have given it to him again!”

The Italian’s wife also weeps and says, “I could have given him linguini or mastacholi! I didn’t realize he hated pasta so much.”

Everyone turned and stared at the redneck’s wife. “Hey, don’t look at me,” she said. “He makes his own lunch.”