I am admiring my new boots 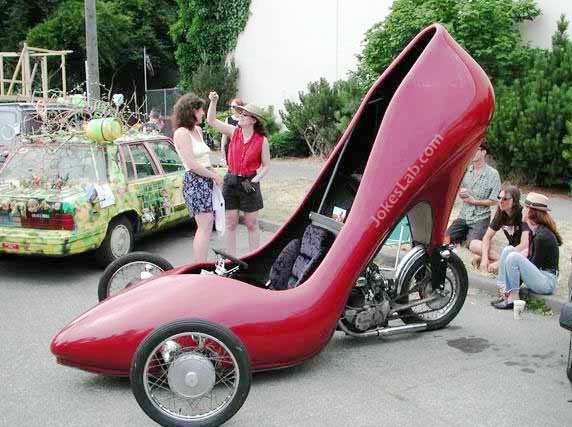 An attractive woman was browsing in an exclusive New York shoe store when a pair of boots caught her eye.

She immediately fell in love with them, but was put off by the $950 price tag.

Seeing her dilemma, the store owner came over and whispered in her ear: “If you let me have sex with you, I’ll let you have the boots for free.”

The woman considered the proposition for a moment before answering “Well, OK. But don’t expect me to enjoy it.”

The owner gave her the boots and took her home. Up in the bed , he dropped his pants, took off the woman’s underwear, pushed her back on the bed, and yanked her legs over his shoulders.

As he screwed her frantically, the woman. began shouting:”Oh my God, yes ! Fantastic! Absolutely fantastic …”

“Yeah?” gasped the owner, still thrusting away. ’I thought you said you wouldn’t enjoy having sex with me?’