A large, well established, Canadian lumber camp advertised that they were looking for a good lumberjack. 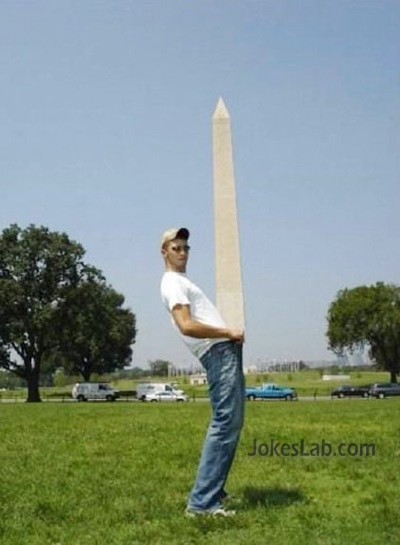 The very next day, a skinny little guy showed up at the camp with his axe, and knocked on the head lumberjacks’ door. The head lumberjack took one look at the little man and told him to scram.

“Just give me a chance to show you what I can do,” said the skinny man.

“Okay, see that giant redwood over there?” said the lumberjack.

“Take your axe and go cut it down!”

The skinny man headed for the tree, and in five minutes he was back knocking on the lumberjack’s door. “I cut the tree down,” said the little man.

The lumberjack couldn’t believe his eyes and said, “Where did you get the skill to chop down trees like that?”

“In the Sahara Forest,” replied the puny man.

“You mean the Sahara Desert,” said the lumberjack.

The little man laughed and answered back…

“Oh sure, that’s what they call it now!