Gorilla in a Tree

As he is quietly watching television at home, a man hears a sound on the roof of his house and rushes out to investigate. 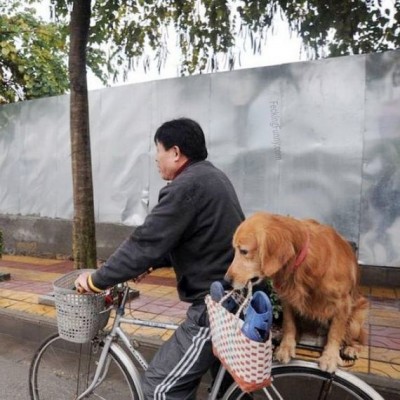 Seeing it is a fair-sized gorilla tearing the shingles off his home, he promptly calls up the local zoo authorities to inform them one of their animals had escaped. He is reassured that a gorilla recovering unit is on the way and to remain calm.

A few minutes later, an old beat up truck, displaying the Gorilla recovery unit logo on its panels, pulls up to the house. The elderly driver takes from the back of the truck a chihuahua dog, a pair of handcuffs, a ladder, a baseball bat and a 12 gauge shotgun.

Puzzled on how this lone elderly was to solve the problem of this gorilla who had by now torn half the roof apart, the chap ask him how he will go about doing this. As he hands him over the .12 gauge shotgun, the zoo employee explains the plan: ‘First I’ll climb up there with the ladder, then I approach the gorilla and knock him off the roof using the baseball bat; As soon as the gorilla hits the ground, the specially trained chihuahua dog will attack its private parts. When I get back on the ground, the gorilla will have lowered its hands to its groin area to protect itself thus making it easy for me to slip on the handcuffs. Then, I lead him to the truck, lock him up and take him back to the zoo…’

Amazed at the procedure, the somewhat startled house owner asks why he was handed the .12 gauge shotgun? ‘Well… ‘ explains the experienced gorilla retriever, ‘It’s just a precaution should things not go exactly as planned. In the unlikely event that once on the roof the gorilla knocks me off with the baseball bat, shoot the dog.’