A blonde has just got a new sports car. She cuts out in front of a semi, which almost drives the truck over a cliff. The driver then motions for her to pull over, so she does. 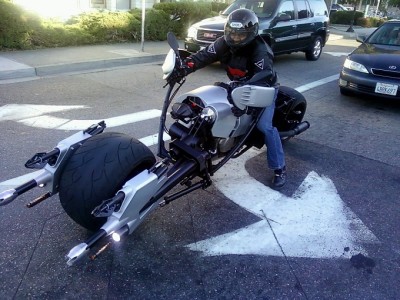 The driver gets out and draws a circle and tells her to stand in it and not to get out. Then he gets out his knife and cuts up her leather seats. He then turns around and sees she is smiling. So he goes to his truck and takes out a baseball bat, and starts busting her windows and beating her car. He turns around and now she is laughing.

He is really mad now so he takes his knife back out and slices her tires. He turns around and she is laughing her head off, about to fall down, and he says ”What are you laughing about?”

And she says “Everytime you weren’t looking I stepped out of the circle.”