He said, she said

Girl and boy are having a relationship of about four months now. One Friday
night they meet at a bar after work. They stay for a few, then go on to get
some food at a local restaurant near their respective houses. They eat,
then go back to his house and she stays over. 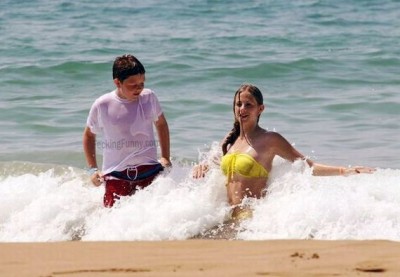 Well Ed was in an odd mood when I got to the bar, I thought it might have
been because I was a bit late but he didn’t say anything much about it._
The conversation was quite slow going so I thought we should go off
somewhere more intimate so we could talk more privately. So we go to this
restaurant and he’s still a bit funny and I’m trying to cheer him up and
start to wonder whether it’s me or something so I ask him and he says no but
you know I’m not really sure.

So anyway, in the cab back to his house I say that I love him and he just
puts his arm around me and I don’t know what the hell that means because you
know he doesn’t say it back or anything. So when we get back to his I’m
wondering if he’s going off me and so I try to ask him about it but he just
switches on the TV and so_ I say I’m going to go to sleep.

Then after about 10 minutes he joins me and we have sex, but he seemed
really distracted and so afterwards I just want to leave and I dunno I just
don’t know what he thinks anymore. I mean, do you think he’s met someone else ???