Not a flight instructor? 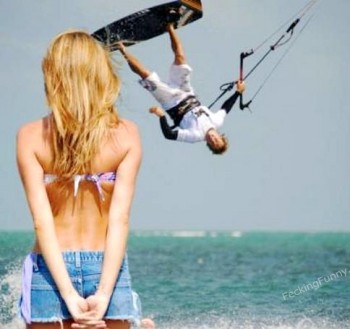 A photographer for a national magazine was assigned to take pictures of a great forest fire. He was advised that a small plane would be waiting to fly him over the fire.

The photographer arrived at the airstrip just an hour before sundown. Sure enough, a small Cessna airplane was waiting.

He jumped in with his equipment and shouted, “Let’s go!”

The tense man sitting in the pilot’s seat swung the plane into the wind and soon they were in the air,though flying erratically.

“Fly over the north side of the fire,” said the photographer, “and make several low-level passes.”

“Why?” asked the nervous pilot.

The pilot replied,”You mean you’re not the flight instructor?“