Dead mouse in the hot chile 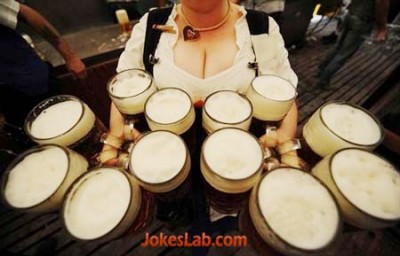 A guy sits down in a Cafe’ and asks for the hot chile.

The waitress says, “The guy next to you got the last bowl.”

He looks over and sees that the guy’s finished his meal, but the chili bowl is still full.

He says, “Are you going to eat that?”

The other guy says, “No. Help yourself.”

He takes it and starts to eat it. When he gets about half way down, his fork hits something. He looks down sees a dead mouse in it, and he pukes! the chili back into the bowl.

This entry was posted in Restaurant Jokes and tagged chile, chili, mouse, waitress. Bookmark the permalink.