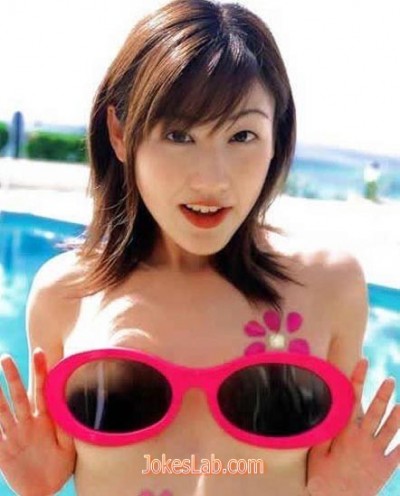 One day, a man had an accident at work, which resulted in him getting his eye gouged out.

He was rushed to hospital, and, after awaking from an emergency operation, was told by the doctor that he’d been given a glass eye.

The man looked in the mirror to see the result, and was shocked to see that, whereas his original eye colour was blue, his new glass eye was brown. The man was outraged. ”I can’t walk around like this!!”

“Sir,” the doctor said, “there is a severe shortage on blue eyes. We had to give you a brown one. If somehow you can get hold of a blue eye, and bring it here to the hospital, we will happily fit it for you.”

A few weeks later, the man was driving home from work late one night during a big storm.

Suddenly, the car in front of him lost control and skidded off the road before finally hitting a tree.

The man screeched to a halt, and ran down the embankment to see if he could help. He found the driver of the car sprawled out over the wreckage, dead as a doornail…with a blue glass eye!

As it was so late at night and during such a big storm, none was about. So the man proceeded to get a screwdriver and removed one of the deceased man’s blue eyes, replacing it with his brown glass eye. He raced down to the local hospital to have the replacement blue eye fitted.

A few days later, the man was driving along the same stretch of road when he saw the police examining the crash scene and towing the car wreck away.

”Excuse me, sir,” said the policeman. “Do you know anything about this at all?”

”No, constable”, said the man.

”Well, we can’t figure this out. Somehow, this bloke managed to drive 40 miles with two glass eyes!”