A baby turtle was standing at the bottom of a large tree and with a deep sigh, started to climb. 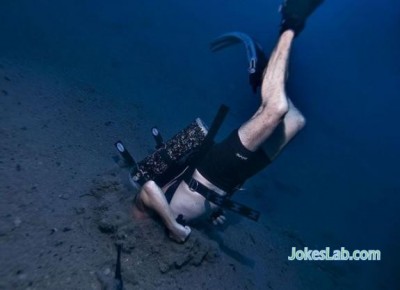 About an hour later, he reached a very high branch and walked along to the end. He turned and spread all four flippers and launched himself off the branch.

On landing at the bottom in a pile of soft, dead leaves, he shook himself off, walked back to the bottom of the tree and with a sigh started to climb.

About an hour later, he again reached the very high branch, walked along, turned, spread his flippers and flung himself off the branch.

Again, he landed on the bottom, shook himself off, went to the bottom of the tree, sighed and started climbing.

Watching these proceedings from the end of the branch were two little birds. Mummy bird turned to Daddy bird and said, “Don’t you think it’s time we told him he was adopted?“