A frog leaps out of the magical forest where he has lived all his life and into a real forest. Since he lived in the magical forest he has magical powers. He sees a bear chasing a rabbit and thinks to himself, this isn’t right, everyone should live in peace. So he stops the bear and rabbit and tells them that if they stop chasing each other he’ll give them both three wishes. 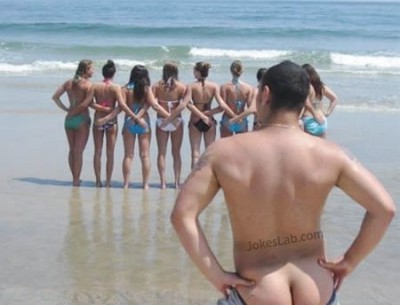 The bear thinks for a second making sure he makes a good second wish and wishes that all the rest of the bears in the country were female. Again — poof — all the rest became female. Then the rabbit wishes for a motorcycle. Now the bear steps back and looks at the rabbit in amazement. How dumb is this rabbit he thinks to himself. All he had to do was wish for money and he could buy all the motorcycles he ever wanted. This has to be the dumbest creature the bear has ever seen, he thinks to himself.

It is time for the bear’s final wish and he takes a second to think and makes sure he doesn’t waste it. After a minute he wishes that all the other bears in the whole world were female. And again poof they are all female.

Next the rabbit puts on his helmet and jumps on the bike. He turns around and smiles. Then he says, ”I wish that that bear is gay.”