Putting on my shoes

One day the big animals and the little animals decided to have a football game. As the first half went along, the big animals were scoring at will. Every time they got the ball they would run it in for a touchdown.Then came the second half… 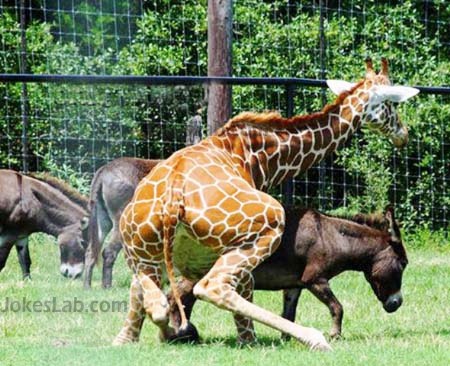 First play: The elephant runs the ball up the middle. WAP!! Tackled for a five yard loss.

The little animals go back to the huddle cheering and congratulating each other.

“Who made that tackle?” asked the ant.

“I did,” said the centipede.

Second play: The rhinoceros runs the ball up the middle. WHOMP!! Tackled for another five yard loss.

Back in the huddle the flea asked, “Who made that great stop?” “I did,” said the centipede.

Third play: The gorilla tries an end sweep, led by the hippo throwing the lead blocks. SMACK!! Centipede tackles him for a ten yard loss.

Back in the huddle, the gnat asked the centipede, “Where were you in the first half?”

The centipede replied, “Puttin’ on my shoes!”