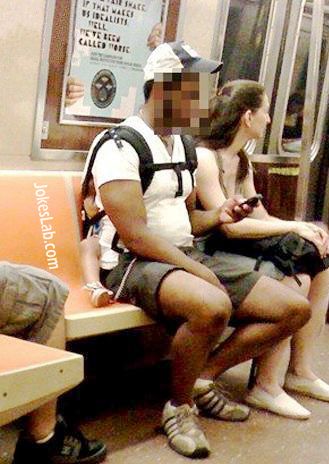 How to carry a baby in train?

Whenever your kids are out of control, you can take comfort from the thought that even God’s omnipotence did not extend to God’s kids.

After creating heaven and earth, God created Adam and Eve. And the first thing He said to them was: “Don’t.”

“Forbidden fruit? We got Forbidden Fruit?

“Because I am your Creator and I said so!” said God, wondering why he hadn’t stopped after making the elephants.

A few minutes later God saw the kids having an apple break and was angry.

“Didn’t I tell you not to eat that fruit?” the ’First Parent’ asked.

“She started it!” Adam said.

Having had it with the two of them, God’s punishment was that Adam and Eve should have children of their own…thus the pattern was set, and it has never changed.