One day there was a teenage punk-rock boy who decided to go to the local shopping mall. He had just about the craziest hair-do you could imagine. 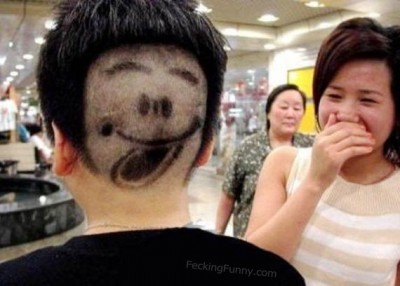 His hair was spiked into chunks all over his head, and each spike of hair was dyed a different color. Some were green, some were red, some yellow, some purple.

Well he sat down on a bench next to this old man, waiting for his friends to show up. Every time the boy looked back at this old man, he was staring at him. The boy grew angry, because this old man had such a staring problem. So the boy stood up and said to the old man: “What’s the matter, old man, huh? Never seen anybody do anything wild and crazy in their lives?”

And the old man says: “Well actually, many years back, I got drunk, had sex with a parrot and I was wondering if you might be my son.”