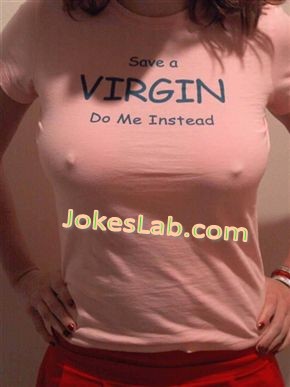 When Adam stayed out very late for a few nights, Eve became upset. “You’re running around with other women,” she told her mate.

“Eve, honey, you’re being unreasonable,” Adam responded. “You know you’re the only woman on earth.”

The quarrel continued until Adam fell asleep, only to be awakened by a strange pain in the chest. It was his darling Eve poking him rather vigorously about the torso.

“What do you think you’re doing?” Adam demanded.

1 Response to Adam and Eve