Its Christmas at a normal family’s home….

Mom in the kitchen stuffing the turkey. All of a sudden turkey falls off counter and mom goes “FUCK!”

Then little girl says “Mommy what does ’fuck’ mean?” 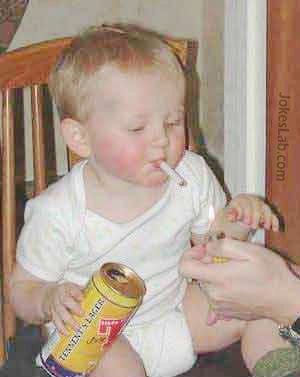 He answers quickly “ummmm, its just the white stuff on my face…” “ok” says the little girl.

Then the little girl says “Melissa, what does ’bitches and bastards mean’?” quickly her older sister answers “They’re both just other words for people”

Then the little girl says “Tony, what does ’tits and balls’ mean?” quickly the older brother answers “ummmm….. they’re just another word for scarfs and sweaters” he says just randomly thinking of them.

“ok” says the little girl. when all of a sudden the doorbell rings. The little girl opens the door and sees some friends of mom and dad.

she says to them “hello bitches and bastards! please hang your tits and balls on the rack. My Daddys in the washroom wiping the shit off his face and my Mommy in the kitchen fucking the turkey!”