On a Trans-Atlantic flight, a plane passes through a severe storm. The turbulence is awful, and things go from bad to worse when one wing is struck by lightning. One woman in particular loses it.

Screaming, she stands up in the front of the plane. “I’m too young to die!” she wails. Then she yells, “Well, if I’m going to die, I want my last minutes on Earth to be memorable! I’ve had plenty of relationships in my life, but no one has ever made me really feel like a woman! Well I’ve had it! Is there ANYONE on this plane who can make me feel like a WOMAN?” 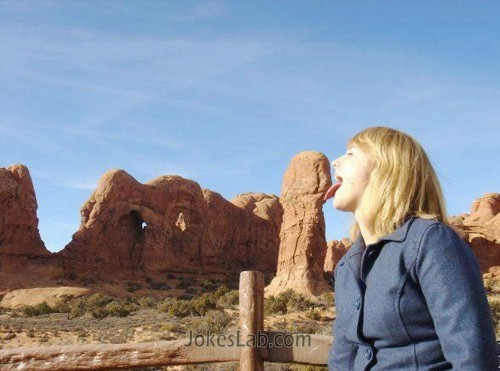 For a moment there is silence. Everyone has forgotten their own peril and they all stare riveted, at the desperate woman in the front of the plane.

Then, a man stands up in the rear of the plane. “I can make you feel like a woman,” he says.

He’s gorgeous. Tall, built, with flowing black hair and jet black eyes, he starts to walk slowly up the aisle, unbuttoning his shirt one button at a time. No one moves. The woman is breathing heavily in anticipation as the strange man approaches.

He removes his shirt. Muscles ripple across his chest as he reaches her and extends the arm holding his shirt to the trembling woman, and whispers: