Two blondes decided to rob a bank together. 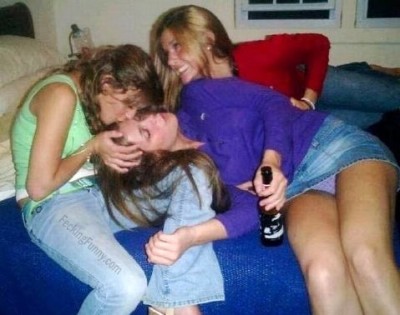 The first blonde, Judy plans the robbery and goes over the plan with the second blonde, Buffie, in great detail.

Buffie goes in the bank while Judy waits in the getaway car.

Finally, the bank doors burst open! And here comes Buffie. She’s got a safe wrapped up in rope and is dragging it to the car. About the time she gets the safe in the trunk of the car, the bank doors burst open again with the security guard coming out. The guard’s pants and underwear are down around his ankles while he is firing his weapon. As the gals are getting away.

Judy says “You are such a blonde! I thought you understood the plan!”

“No, you idiot,” said Judy. “You got it all mixed up. I said tie up the GUARD and blow the SAFE!”