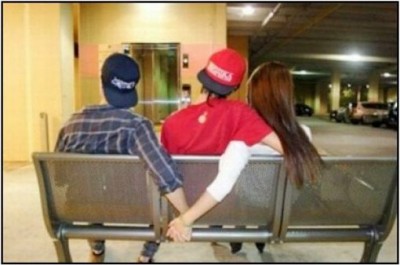 Two Canadian guys, Mike and Rob were on the roof, laying tile, when a sudden gust of wind came and knocked down their ladder.

“I have an idea,” said Mike. “We’ll throw you down, and then you can pick up the ladder.”

“What, do you think I’m stupid? I have an idea. I’ll shine my flashlight, and you can climb down on the beam of light.”

“What, do you think I’m stupid? You’ll just turn off the flashlight when I’m halfway there.”