the Pope is his driver 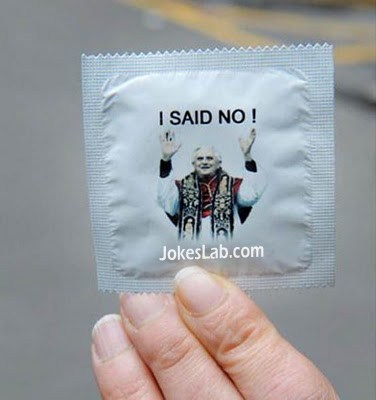 One day, the Pope is visiting America and driving around Washington in his limo when he gets an idea.

“Driver? Can I drive for a while?”

“Sure,” says the driver. How can you say no to the Pope? So the Pope takes the wheel and starts driving like a maniac all around Washington — dodging in and out of traffic, going eighty, cutting people off. Soon, a cop pulls him over. But when the Pope rolls down the window, the cop stops dead in his tracks, and goes back to the car.

“We got somebody really important here,” he says to his partner.